All insurance and financial institutions accept our reports.

At a recent conference held in Niagara Falls by Jeff Edge of Crawford and Company(Canada) for the International Association of Marine Investigators, I was introduced to an interesting topic called “Hot Docks”.

There are over a hundred documented cases where a person jumped into the water at a marina and was shocked by an electrical current. Almost half ended in fatality and some of those fatalities were the people who jumped in to rescue the original victim. The victim may or may not have inhaled water.

An electrical current in the water that is as little as 0.012 amps can pass through someone’s body causing muscular skeletal paralysis and 0.05 amps can cause heart fibrillation. There has been no recorded electric shock drowning in sea water. The mineral content makes the sea water more conductive than a human body. The electrical current takes the more conductive path around the body through the sea water.

Many of the common occurrences of electric shock drowning involve children swimming off marina docks or jumping off swim platforms in a marina. Wake
boarders, jet skiers, windsurfers and people sitting on a dock with their feet in the water can become victims.In a marina it takes two electrical faults to create a lethal situation. There might be a short in the shore power and a fault in a boat or there might be faults in two boats in close proximity and plugged into the same shore power supply.

The current that emanates from one of these faults is called a “stray current”. When a stray current is travelling through water it is called a water path. It is usually caused by a poorly installed circuit or fittings that are not marine approved. It can also be caused by damp conditions or a current leak from electrical components such as pumps, refrigerators or battery chargers. You should use weather tight power boxes and electrical receptacle boxes that are approved by Transport Canada. Connections should be avoided in the bilge and other wet areas.

It is clear that many complications can arise and Transport Canada approval does not guarantee that the electrical systems are safe. Chaffing caused by the working of the hull and animals chewing wires while the boat is in storage can also cause faults.

A water path can also occur between two boats that are tied near each other and are hooked to the same shore power. A stray current in one boat can find its way to a through hull fitting, through its bonding system or a metallic hull through the water to the other boat that also has a fault.

Larger boats have a bonding system. This is a series of wires with a green covering or bare wire that connects the underwater fittings of a boat to an earth bonding plate. This system is used to avoid electrical disparity between metallic parts, such as engines, fuel tanks and through hull fittings. These bonding system wires are normally non-current carrying until a fault occurs on the boat.

In either situation a second or third boat could become involved. A water path could find its way to a through hull fitting, pass through its bonding system and enter the water again through another fitting such as a drive unit, then form a continued water path on to the other fault.

To avoid contributing to this problem of electric shock drowning, install an isolated winding transformer in your boat between your shore power disconnect breaker and the power distribution wires. This will electrically isolate the normally current carrying AC system wires but not the AC ground wire from the normally current carrying wires of the shore power. The transformer winding transfers the power magnetically with no actual connection from the shore power to the boat’s branch circuits. There is no water path if there is a ground fault in the electrical equipment on the boat.

An individual boat can be quickly checked for a fault by clamping an Ammeter around the shore power cable. If there is a stray current in the water for that boat, a reading will be displayed on the metre. Any reading indicates a danger to life and property. A United States Coast Guard study concluded that less than 0.01 amps in fresh water should not be dangerous to life in nominal situations. In some very lowly conductive waters 0.05 amps can be fatal. There are no guarantees. Any reading at all cannot be disregarded.

A marina that does not have shore power can still have problems. Some docks have power supplies for receptacles. People may use the receptacles to charge their batteries with automotive type battery chargers. They may operate appliances on board their vessel with extension cords.

To avoid the possibility of contributing to an electric shock drowning, marina managers should insure that the power to the shore power supplies is turned off when a marina employee or customer enters the water to carry out maintenance or service work and install “No Swimming Signs” on all marina docks.

If you suspect someone is drowning near a dock:
Shut off shore power and other electrical supplies in the area.
Call 911.
Never go into the water in case the power is from an unknown source.
Remove victim from water using a life ring, gaff with a wooden handle or rubber grip, wooden paddle or board.
If the victim is not breathing, perform cardio-pulmonary resuscitation (CPR) until they recover or a Medical responder has taken over for you.
Victims of electrical shock drowning, usually young or otherwise in good health, are good candidates for CPR. 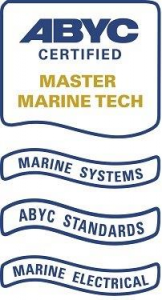 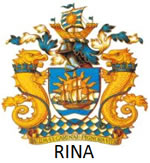 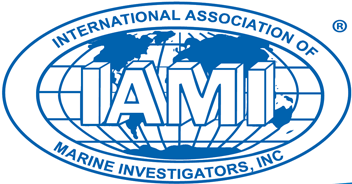